It's happened to all of us at some point while using AutoCAD....

AutoCAD reports an error has occured, resulting in: 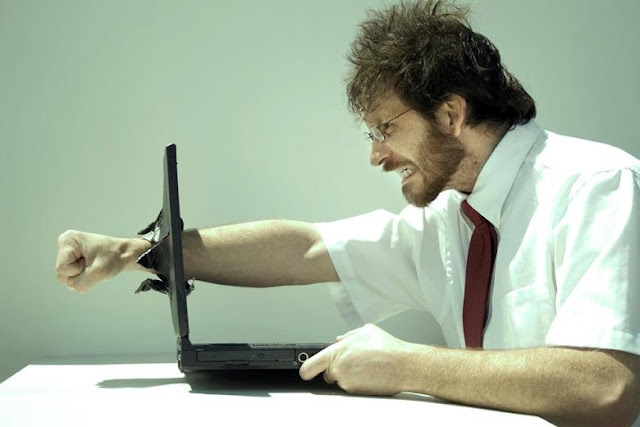 These sorts of crashes often result with the loss of work/data, unless the user is very diligent with saving work. There are 3 potential options available for recovering work/data:

The 'Backup' File - This file resides in the same folder as the drawing and has the file extension (.bak). This file is automatically created when the drawing is opened and is updated anytime a successful save occurs. The backup file can be (copied to another location good practice) and renamed to (.dwg) and be opened as a normal AutoCAD drawing. By default, the backup file is enabled.

Nightly Backups / Offsite Backups - Nightly backups may be available (check with your local IT), however these backups are typically only created once daily, therefore there is a high probability that a significant amount of information could be missing from the time of the last backup to the time of the crash.

The 'Autosave' Feature - The AutoSave feature creates a backup of the currently open drawing to a folder on the computers local hard drive. The file has the extension .SV$ and can be renamed to .DWG to recover a drawing. It is important to note that there is only 1 AutoSave file and it is overwritten each time a different drawing is opened. The Autosave feature can be turned off so don't rely on it being available.

In this tip, we'll discuss the Autosave feature, what it does, what you think it does and debunk the myths associated with it.

First off, let's discuss what Autosave actually is and how it actually works….

Autosave is misunderstood by many CAD users and is rarely a viable option for complete data recovery.

AutoCAD's 'Autosave' simply writes a copy of the current drawing to disk every so often (as specified by the interval, i.e.: 10 minutes) but when you shut down AutoCAD normally, those files are deleted. If AutoCAD crashes, those files are not deleted and can potentially be used to salvage lost work.

Sometimes AutoCAD may crash and those Autosave files may be deleted, completely dependent on the manner in which AutoCAD crashes.

Example: if AutoCAD provides you with the option to save changes, (a dialog box comes up when the crash occurs selecting 'yes' or 'no', will result with the Autosave files will being deleted.

Example: if AutoCAD outright crashes to your desktop (no dialog box or warning) the Autosave files will remain resulting with possible recovery of drawing data.

Note: When the Autosave feature runs, if you are in the middle of a command (especially in software like Civil 3D) it may freeze the program completely for a brief moment until complete. When this happens, the software cancels the current command and starts up the Autosave feature, which in many cases can freeze the program and the only way to un-freeze it is to use the Window's Task Manager. If this occurs, and you use the Task Manager to end the process, there will be no backups or Autosave files available. It is recommended that you ensure Autosave is turned on.

.SV$ files, commonly referred to as the 'Autosave' files are the backup files created by the Autosave feature. As mentioned earlier, these files are automatically deleted when a successful save or shutdown of the software occurs. These files are not continually created but overwritten at the set interval time.

Example: 10 minutes per Autosave so in 1 hour you may think you will have (6) .sv$ files but in reality you only have (1) .sv$ file that has been overwritten 5 previous times, at those 10 minute intervals).

You can manually renamed a .sv$ to a .dwg (similar to the backup file mentioned earlier to get the last version of the drawing prior to the last successful save of that drawing).

.AC$ files are temporary files that only contain information that was used by the various AutoCAD commands, such as the UNDO command and do not contain any drawing data that can be recovered. These files should only exist during an AutoCAD session but may be left behind as a result of the software crashing.

By default, the Autosave folder it under C:\Users\AppData\Local\Temp (or a similar folder dependent on which version of Windows you are running). This folders can be relocated if desired, perhaps using a configuration routine to another more convenient location. As an example, the Autosave folder could reside under (c:\<name of company>\autosave) as some limitations to access AppData may be in place depending on your company's IT protocols.

I would advise to NOT path the Autosave folder to a server location (over the network) as this will severely impede the software performance.

There are several system variables that control the Autosave configuration:

ISAVEBAK is a system variable that controls the creation of .bak files and should be set to '1' enabled (default) as if its set to '0' no backup (.bak) file is created. This system variable should be left enabled.

ISAVEPERCENT is a system variable that controls what 'percentage' of the current drawing being used is saved back to the Autosave file(s). By default, AutoCAD has set this to 50. This means that the estimate of wasted space within the file does not exceed 50% of the total file size. Wasted space is eliminated by periodic full saves. When the estimate of wasted space exceeds 50%, the next Autosave is a full (100%) save. If this variable is set to 0, every save is a full (100% save). This may sound ideal but will severely hamper software performance at those Autosave intervals. To reiterate, AutoCAD recommends this system variable be set to 50.

MOVEBAK is a system variable that allows you to specify an alternate folder to save the .bak files. This system variable should not be modified (left as-is) as by default, we want the .bak files to be stored on the server with their respective .dwg file. Also, our servers are backed up overnight whereas a user's workstation is not.

SAVETIME is system variable that controls the Autosave intervals (i.e.: every 10 minutes which is AutoCAD's default setting).

SAVEFILEPATH is a system variable that stores the location of the Autosave files. This location is automatically configured for all AE workstations as part of the 1,2,3 button configuration process.

So now that we are through all that explanation and technical jargon…. Autosave should be enabled.

Whether you are using Autosave or not, you should save the drawing often to avoid potential data loss due to a program crash. Autosave should not be relied upon as a reliable backup for your drawings.